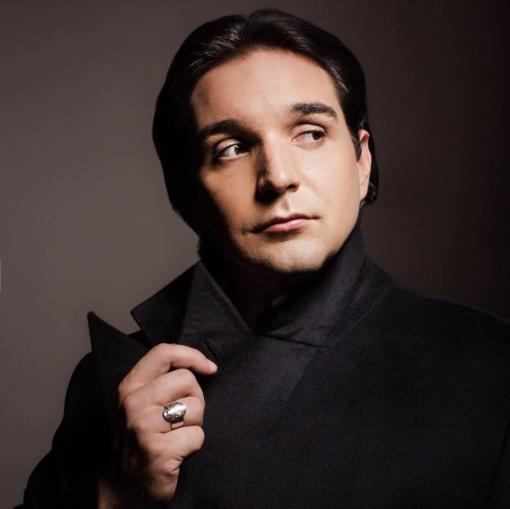 The Znojmo Music Festival has more than thirty concerts and accompanying events on its program, and this year it takes place for the eighteenth time. This year’s edition, subtitled Guardian Angels and Homecomings, will take place at various locations in Znojmo and in its surroundings – in the countryside and in castles and churches. The festival will present the premiere of a stage production of Joseph Haydn’s oratorio The Return of Tobias in its own production. Adam Plachetka will perform the title role.

The festival will feature performances by its patron Pavel Šporcl and other performers from the field of classical music. From classical music, the festival also shifts in genre to folklore and jazz. “Visitors of the Znojmo Music Festival have been connecting their holidays and trips with the festival program for many years. With this in mind, last year and the year before, we organized the festival, which was practically the only cultural event in the Czech Republic to be held without any changes, cuts in the program or rescheduling,” says Jiří Ludvík, president of the festival. The festival will take place from 8 to 24 July 2022 in Znojmo and its surroundings.

A unique stage rendition of Joseph Haydn’s oratorio The Return of Tobias will be staged in Znojmo this summer. As every year at the Znojmo Music Festival, the organizers will have a unique opera work staged for the first time just for the festival. You can see and hear this Old Testament story in Znojmo on 15, 16, and 17 July. The work is directed by Tomáš Pilař, who in Znojmo has staged the largest opera stage work in the history of the festival so far – Handel’s Saul with Adam Plachetka in the title role.

Adam Plachetka will be in the main cast again this time, along with Theodore Browne, Dagmar Šašková, Shira Patchornik, and Lucie Kaňková. The music will once again be provided by the Czech Ensemble Baroque Orchestra led by conductor Roman Válek and choirmaster Tereza Válková. Haydn’s oratorio Il ritorno di Tobia (The Return of Tobias) is the composer’s first oratorio. The work is written in the style of the Metastasian idea of the oratorio as a sacred opera. The oratorio was also understood in this way in the Vienna of the 1870s, whose environment Handel envisaged. He performed the work in April 1775 at the Tonkünstler-Societät benefit concert. The Viennese poet Giovanni Gastone Boccherini translated the Old Testament theme into an Italian libretto. The formal basis of the two-part composition is recitatives and arias, following the model of opera, but there are also choruses in the spirit of the oratorio tradition. The work was a great success and was very popular during the composer’s lifetime.

The highlights of the 18th Znojmo Music Festival also include a concert by Voces8, one of the world’s best vocal ensembles, coming to Znojmo from Britain. Ondřej Havelka and his Melody Makers will present a program dedicated mainly to Jiří Traxler in the courtyard of the castle in Uherčice. The soprano Martina Janková and the harpsichordist Barbara Maria Willi end the festival with a recital of works by Czech composers who worked mainly in Vienna during the time of the great court librettist and poet Pietro Metastasio. Works by Joseph Haydn, Leopold Koželuh, and Jan Václav Hugo Voříšek will be performed.