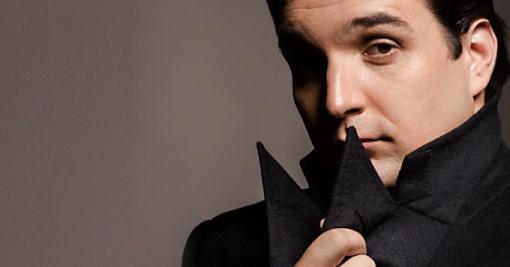 Znojmo Music Festival enters its 15th season this year. The programme includes concerts, opera performances, gastronomy and a programme for children. The opening concert, performed by the patron of the festival Pavel Šporcl and the PKF - Prague Philharmonia under the baton of Derek Gleeson, is dedicated to the reminder of the fall of the Iron Curtain. The culmination of the festival is the premiere of the scenic oratorio Saul by G. F. Handel. The title roles will be performed by Andreas Scholl and Adam Plachetka. The show will be directed by Tomáš Pilař.

The festival promises performances of Czech and foreign musicians, especially in the field of classical music, but also dulcimer bands, jazz and other crossover programs. The theme of this year's festival is "music of kings", that is why performers prepare their performances tailored to the festival, choosing works of composers who worked at royal courts. We will hear music by G. F. Handel, A. Dvořák, A. Vivaldi, J. Downland and other composers. Every year, the festival invites us to places where concerts normally are not held. "This year, we will visit the provostry of Hradiště, the Podyjí / Thayatal National Park, the magical pilgrimage site Heiliger Stein, the Vranov chateau, the Uherčice chateau and the chateau in Písečná," enumerated the festival director and founder Jiří Ludvík.

The opening concert is dedicated to the 30th anniversary of the fall of the Iron Curtain, before which the Znojmo district was divided by from Austria with a barbed wire fence. Traces of the borderline are still visible in the Znojmo district. The anniversary of a historical moment, when the Czech-Austrian cultural region once merged once again, will be marked by the festival with several events. One of them is in particular the opening concert led by Pavel Šporcl accompanied by PKF - Prague Philharmonia under the baton of Derek Gleeson. The end of the festival will belong to the scenic oratorio Saul by G. F. Handel. A so-called festival stagiona will be created right in Znojmo, where a unique production prepared for the area of the Riding Hall of the Loucký Monastery will take place. In the lead role, the bass-baritone Adam Plachetka will perform. The world-renowned German countertenor Andreas Scholl will perform together with Plachetka on one stage. The scenic concept of the oratorio is being created under the baton of conductor Roman Válek and the direction of Tomáš Pilař.

The festival will also offer the audience wine samplings, a fine dining menu that will be served directly by the festival president, or a performance by musically talented children. The festival will run from 11 to 28 July 2019.

Adam Plachetka / photo from archive of the festival