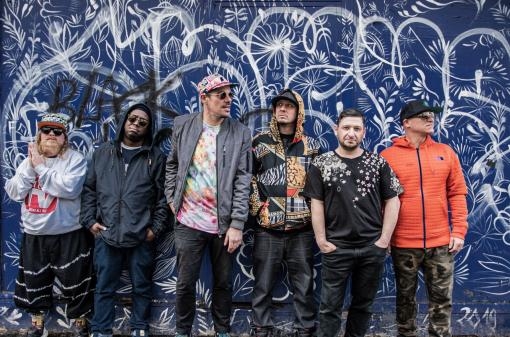 The international festival Groove Brno is celebrating its 15th birthday at Metro Music Bar and Sono Centrum with musical guests such as the Oakland ensemble Tower of Power, the New York group Spyro Gyra, and the Grammy-nominated band from Boston, Lettuce.

“For fifteen years, we’ve had the honour of becoming the concert destination for many stars. Every year we’ve managed to feature a number of bands’ first shows in the Czech Republic, as is the case with Dirty Loops, Judith Hill, and Kennedy Administration. It’s safe to say we’re the only domestic festival dedicated exclusively to funk and soul. The energy from the musicians and fans motivates us to consistently better performances, even during the rather dreary last two years. We’re ready to keep the clubs dancing for maybe even another fifteen years,” says Executive Director Josef Buchta, reflecting on the festival’s history.

On November 9th, the groups Tower of Power and Spyro Gyra will take the stage at Sono Centrum. With its more than 50-year career, Tower of Power has not only become a worldwide legend of the genre but also respected citizens of their hometown, Oakland. Their local City Hall even declared May 31st dedicated to this historically significant ensemble. Right with their début outing in 1970, they captured the interest of Bill Graham, the manager of Jeffersons Airplane and promoter of the Grateful Dead, as well as other significant names in the scene. The New York quintet Spyro Gyra will play material from their more than 30 albums, many of which received a platinum title and golden record.

The members of Lettuce have collaborated with Lady Gaga, Britney Speaks, and John Scofield. This group, founded on the grounds of the largest independent school of contemporary music on earth, the Berklee College of Music, has a recent Grammy nomination on their mantel in the category of “Album of the Year of Contemporary Instrumental Music”, not to mention their ranking at the top of the Billboard Contemporary Jazz Albums Chart and the iTunes Top R&B Albums Chart. Their performance at the Metro Music Bar on October 8th will be their first premier show. By the end of the year, Groove Brno is preparing another eight concerts; the programme will be gradually made public.