The Czech Ensemble Baroque invites you to watch a concert that will be streamed online from Besední dům. Händel’s oratorio will resound around the hall

The Czech Ensemble Baroque is preparing for another live concert. This time, the Power of Music – the oratorio by Händel, one in which the author included all his theatre experience – can be watched from the comfort of your own home. Performed in English – with Czech subtitles available, the show will feature Markéta Böhmová, Jaroslav Březina and Jiří Miloslav Procházka as the key soloists.  more

The Brno Philharmonic has announced an audition to fill the position of second flute player playing piccolo flute and alto flute. The expected start date is August 2021.  more

Today’s online lecture focuses on the Neo-Baroque elements in the creative production of Bohuslav Martinů. The event is part of the programme accompanying the presentation entitled The Eyes of Brno and taking place at the Moravian Library.  more

The Brno musician Radim Hanousek is behind the interactive website Malujeme hudbu (We’re Painting Music). The aim of his project is to develop children’s creativity even during the coronavirus crisis. Professional musicians and artists such as Nikol Bóková, Michal Wróblewski and Natalie Perkof got involved in this online help for quarantined children.  more

Dubbed “Vienna’s Bach”, Johann Josef Fux is known as one of the top world's Baroque composers. On Sunday, Czech Ensemble Baroque will perform the composer’s Missa pro defunctis (Kaiserrequiem K 51-53). The concert from the Brothers of Mercy Convent will be streamed online.  more

Brno City Theatre: The results of the “Wings” poll will be formally announced online this year

Throughout the theatre season, those favouring Brno City Theatre can vote for their best actress, actor, director, designer and composer, as well as their best creative work or individual staging performance. Voting is possible via poll tickets published in the Dokořán theatre magazine or on the theatre’s site. The results will be announced online this year.  more

The Janáček Opera gave a guest performance with success as part of year 45 of the prestigious international Hong Kong Arts Festival with Janáček’s Makropulos Affair earlier in 2017. This time, the Brno opera ensemble is returning to the Hong Kong festival’s stage. Due to the pandemic situation, the festival management decided that foreign ensembles would be participating online – through recordings and live streams.  more

Brno Cultural Newsletter presents a summary of events and changes to relate to theatres, clubs, festivals and cultural events in Brno in the upcoming period.   more

The Prospects of Research into the Franciscan Culture in Bohemia: An online workshop

Subtitled History – Spirituality – Liturgy – Music and Art, this online workshop is organized by Masaryk Institute and Archives of the Czech Academy of Sciences. The deadline for applications for this one-day event is this Friday, i.e., 15 January 2021.  more

Brno City Theatre is planning its programme for the coming summer. The Bishop’s Courtyard (Biskupský dvůr) is going to get busy with multiple theatre shows featuring Alena Antalová, Hana Holišová, Michal Isteník, Boleslav Polívka, Petr Štěpán and other artists. There will be as many as 37 performances presenting six individual theatre plays. Tickets can be booked as of today.  more 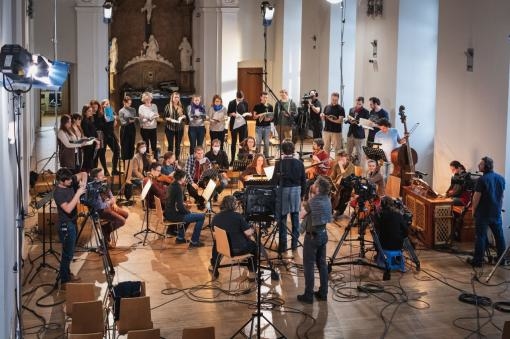 Following the concerts streamed online in January and complete with a series of innovative video trailers, The Czech Ensemble Baroque returned with live streaming yesterday night. This time it was the second concert from their series entitled Bach & Mozart in Focus (Czech: Bacha na Mozarta); it was planned for 21 October, but rescheduled. From the Brothers of Mercy Convent, it featured, as the central part of the performance, the psalm of Dixit Dominus by Georg Friedrich Händel. more 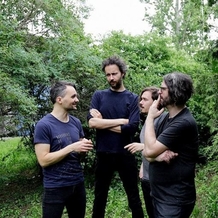 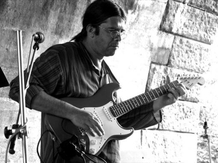 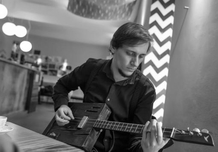 Those who were captivated by the introductory distinctive song with surrealistic lyrics  Z ježatých hor [From the Spiky Mountains] on the previous album of the Brno group Budoár Staré dámy [Boudoir of an Old Lady] (Sůl [Salt], 2017), can rejoice. The collaboration with the contemporary poet Lubor Kasal that began only three years ago has now resulted in an entire album of his texts set to music. However, the songs on the new album Kostřičky [Little Skeletons] have one more characteristic in common: the production and arrangement contribution by the multi-instrumentalist Tomáš Vtípil.  more