International Dance Day has been  celebrated every year around the world since 1982. In Brno, dancers will celebrate it at the piazzetta in front of the Janáček Theatre. The programme includes dance classes, performances by the NdB Ballet and the Brno Dance Conservatory.  more

Cotatcha Orchestra will celebrate the 120th birthday of Duke Ellington

Cotatcha Orchestra is giving a concert to mark the 120th anniversary of birth of the big band giant Duke Ellington. The orchestra will appear in Brno's HaDivadlo together with the Swiss vocalist Géraldine Schnyder.  more

Javorník with Jiskra. Joint performance of folklore ensembles in Brno

Folklore ensemble Javorník Brno will perform together with guest ensemble of songs and dances Jiskra from Pilsen. Part of the evening in the Dělnický dům will also be a party with dulcimer music.  more

Miloš Štědroň on the topic: Milan and Ludvík Kundera about Janáček 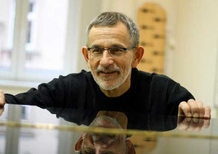 In his lecture, Miloš Štědroň will present Ludvík Kundera as Janáček's assistant and expert in his work. Milan Kundera will be shown as the author of the respected book Můj Janáček [My Janáček]. The lecture will take place in the Moravian Regional Library. The event is an accompanying programme to an exhibition about the translations of Milan Kundera’s works.  more

The.Switch will celebrate 15 years since the release of their debut album 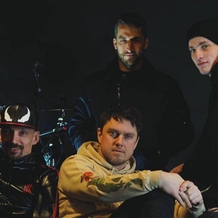 Representatives of the Czech crossover scene The.Switch will celebrate 15 years since the release of their album named Beautiful with a concert at the Fléda music club. The concert, which is part of a tour called BTFL15YRS, will also feature guest appearances of Sunset Trail and Denoi from Brno.  more

Vojenský umělecký soubor Ondráš (the Ondráš Military Art Ensemble) is preparing a new project in which both professional parts of the ensemble will perform and together celebrate the 65th anniversary of their founding. Krajinou času (Through the Landscape of Time) offers a mosaic of folk dance and music from selected regions of Bohemia, Moravia, Silesia and Slovakia.  more

The festival of French and francophone culture this year celebrates its 25th birthday. During the month of April Bonjour Brno will be presenting Brno with artistic productions directly from France and events inspired by the culture of the francophone countries. The programme includes concerts, films, plays, exhibitions, literary events, gastronomy and street art. There will also be the traditional Le Rendez-vous, a pétanque tournament and a children’s programme. This year’s motto is Tradition in the Move.  more 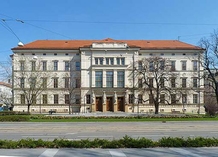 After two years the Symposium: Art | Music | Management is returning to Brno’s JAMU (Janáček Academy of Music and Performing Arts). Three days in April will be given over to debate, new ideas and exchanging of contacts between professionals, teachers and students. The 7th Symposium promises more than thirty lecturers from four countries and an accompanying programme. This time the symposium focuses on the education of artistic, and primarily music managers.  more

The dancer Cristina Aguilera from Granada will be heading to Brno. Aside from a concert in Besední dům there will also be an opportunity to attend her two days of dance courses. The courses are divided into three levels.  more

Oran Etkin: Concert with Czech musicians and workshop for children

Clarinettist and Grammy holder Oran Etkin will perform as part of the Mladí ladí jazz [Young  People Tune Jazz] in the Stará Pekárna music club in Brno. The guests of the concert will be Peter Korman, Tibor Žida, Michael Grombiřík, Dušan Čermák and Roman Horváth. For the next day, Etkin is preparing a music workshop for children, which will take place using his own entertaining teaching method called Timbalooloo.  more

Musica Florea with a fortepiano

At the penultimate concert of its tenth year jubilee staged in the Fresco Room of the Comenium Elementary School, the Olomouc Baroque Festival presented an evening with the Musica Florea ensemble. The musicians, conducted by cellist Marek Štryncl, performed a selection of compositions by forgotten classical and early romantic composers Karl Kohaut, Jan Ladislav Dusík and Johann Nepomuk Hummel. The choice of composers was not random – this year it is 210 years since Dusík’s death and 185 years since Hummel’s death. Performing with the ensemble’s core members – violinist Magdalena Malá and Simona Tydlitátová, violist Lýdie Cillerová, cellist Marek Štryncl and bass player Ondřej Štajnochra – was Petra Matějová on the fortepiano.  more

The album Zavrzlama by Bosnian band Divanhana is so far in continuous sequence, the second best world recording of 2022 according to the panel of radio publicists of World Music Charts Europe. Divanhana will perform as part of the Lednice-Valtice Music Festival on 26 August in Hlohovec and a day later in Břeclav – Charvátská Nová Ves. The band’s pianist, Neven Tunjíč, is here to answer our questions.  more

On 18 and 19 August, the tenth anniversary edition of the Olomouc Baroque Music Festival included a unique dramaturgical treat in its program – one of the most historically important Czech operas which, however, does not appear much on the stages of opera houses or music halls. This is Dráteník (The Tinker), the first original Czech opera composed by František Škroup to a libretto by Josef Krasoslav Chmelenský. It was directed by Kateřina Křivánková, with costumes and set by Sylva Marková and music by Marek Čermák, and performed by the Volantes Orchestra, the festival’s resident ensemble. Singing roles were taken up by Matúš Šimko (Dráteník/Škroup), Lenka Cafourková Ďuricová (Růžena), Vincenc Ignác Novotný (Vojtěch), Zuzana Badárová (Liduška), Aleš Janiga (Květenský), Jiří Miroslav Procházka (Lána), and Martin Vodrážka (Kůl). The purely dramatic roles of Chmelenský – the aforementioned author of the libretto – and Hranatý the guard were played by Martin Mihál. The reviewer visited the premiere performance.  more