The Ondráš is expanding its dance ensemble and is looking for dancers, both male and female. The professional company is filling these positions full time.  more

Today the National Theater Brno Ballet (NTBB) is preparing a day for families with children. The program includes creative workshops, a dance workshop, and the 100th reprise of the ballet The Nutcracker.  more

In Veszprém, Hungary, a meeting of the UNESCO Creative Cities Network is currently underway. The main coordinator David Dittrich and the coordinator Jana Padrnosová are attending the meeting on behalf of Brno. The first meeting after a long hiatus caused by the pandemic is attended by delegations from London, Canada, Pesaro in Italy, Llíria in Spain, Mannheim in Germany, Hamamatsu in Japan, and representatives of a dozen other cities.  more

The upcoming premiere of ProART Company is a multi-genre stage project based on Seifert’s poem “A Song about Viktorka”. The poem is transcribed into a love letter by Jaroslav Seifert addressed to Božena Němcová. The story of the famous book character from Němcová’s pen is mirrored here against the background of the writer’s letters. The Brno premiere will take place in the former Brno penitentiary Káznice na Cejlu.  more

The unique project of the NdB 2, specifically the new junior company Ballet of the Brno National Theater, is the very first of its kind in Central and Eastern Europe. It started its premiere season this September. The composite evening consists of three choreographies called Uroboros, Na krásném modrém… and Vodník.  more

The National Theatre Ballet is hosting another world star - Anastasia Matvienko will perform in Brno as Princess Aurora in Sleeping Beauty next week.  more

Two successful brothers whose relationship was interrupted by World War II. Two geniuses who made Brno famous. Two people who never met again. Meeting Brno, in cooperation with ProArt and No Feet, is presenting In the Footsteps of the HAAS Brothers on the anniversary of the murder of Pavel Haas in Auschwitz (17 October 1944).  more

The Brno Cultural Newsletter provides an overview of events and opportunities in the coming period concerning theatres, clubs, festivals and cultural events in Brno.  more

Wanted: a theater lecturer for the National Theater Ensembles Brno

The management of the National Theater Brno is creating the new position of theater lecturer/lecturer. Applications for the selection procedure must be sent by the end of the month.  more

Today’s premiere of Bolero is the work of three creators – Dan Datca, Mario Radačovský, and Johan Inger. The three different movement manuscripts deal with human relationships, fundamental questions of human existence, and questions about one’s own identity. With this title, the Brno National Theater Ballet continues to present contemporary ballet repertoire and original works, now in the form of one-act ballets, unlike last season.  more

Marie Hvozdecká: Folk music is an inspiration for others, one gets to know beauty by listening to it many times 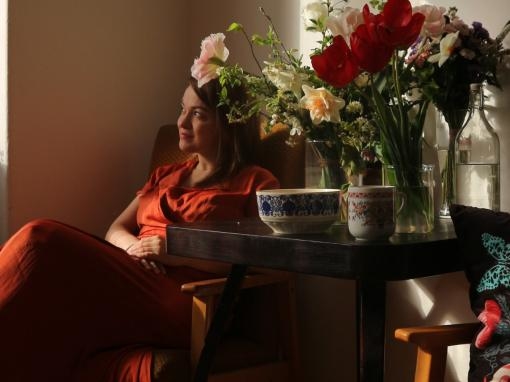 Traditions, costumes, songs and often special food. This is the basis of folk culture, which is strongly rooted in Moravia. Interest in it has been growing recently – the Czech Republic is taking it as one of the bases of its promotion for domestic and foreign tourists. What is folklore actually about? Are young people coming back to it? And what makes it interesting? We interviewed Marie Hvozdecká, a music editor focusing on folklore at Czech Radio and also a long-time programmer of the folklore scene at the Brno Music Marathon Festival. As she says, “having an interest in folk music is a good thing. However, in order to remake it into a new form, one must know its origin and meaning, otherwise it becomes a mockery.” more 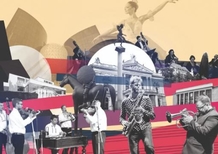 The Lady of the Camellias full of dance

The story of fateful love of the beautiful courtesan Marguerite and her sweetheart Armand, as we know it from the autobiographical prose The Lady of the Camellias by Alexander Dumas Jr., need not be largely introduced. One of the most famous novels of the 19th century has already been subject to a number of remakes, and now the National Theatre Brno ballet ensemble also came up with a new modern concept of this story of pain, passion and self-sacrifice.  more 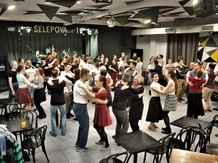 How people celebrate in Podluží

Two sold-out concerts launched on Saturday filled-up the hall of the Koruna cinema in Břeclav, where the Národopisný soubor Břeclavan [Břeclavan Ethnographic Ensemble] celebrated its 65th anniversary and joined thus the series of jubilee folklore ensembles this year. The afternoon concert had to be eventually added because of the huge audience acclaim, which only confirms that in South Moravia folklore is still widely known and enjoys unremitting popularity.  more