Káznice LIVE to Broadcast for the First Time this Evening

A new broadcasting studio has been set up in the premises of the former penitentiary on Cejl Street, nowadays called Káznice, which will broadcast live concerts, theatre performances, lectures, discussions and even religious masses. The premiere broadcast has been announced for this evening, featuring Tomáš Vtípil.  more

TIC Brno responds to the current state of society and culture by launching an online project entitled (ni)KAM v Brně [(no)WHERE TO in Brno], which follows on the printed KAM (WHERE TO) magazine. The portal will gather and promote cultural activities in Brno so that supporters of culture can stay together even during this quarantine period.  more

The National Security Council today decided to cancel all sporting, cultural and religious events for  more than  100 participants with effect from tonight,  10 March 2020.  more

Monkey Business and J.A.R. are in for a joint concert at Špilberk Castle

The large courtyard of Špilberk Castle will host a double gig of the bands Monkey Business and J.A.R. in May this year. The concert is being prepared by the Fléda music club.  more

The vocal-experimental group  Affetto celebrates 20 years since its founding. The Wheelchair League (Liga vozíčkářů), which the ensemble will support as part of the charity concert, will celebrate the 30th anniversary of its existence. The joint celebration promises a musical performance accompanied by texts written by writers Ivan Jergl and Václav Uher.  more

Marathon of Music Brno 2020: The festival tailored for the city attracts with a number of new features

A summer walk around Brno's downtown where music sounds at every step? That was and will be the Marathon of Music Festival in Brno. The centre of Brno will resound with the festival already for the fifth time this August. The programme promises a great variety of genres, reputed names of artists, but also space for young talent. Once again, music will be played at unconventional venues and in rooms by Kateřina Šedá; concerts will newly be staged, for example, in a kitchen storage room or a in a children's room.  more

TIC Brno is looking for a colleague for a new position of Marketing Manager for the projects Brno – City of Music and Janáček Brno.  more

Brno's music scene has been growing recently, expanding with a new festival. Pop Messe focuses on young popular music. The programme of the first season promises names such as Modeselektor, Algiers, Acid Arab, KOKOKO!, Sóley and many others. The two-day festival will take place in July 2020 in the premises of Bobycentrum and the former football stadium behind Lužánky Park.  more

Concerts in the new season 2019/2020 are promising a varied range of genres. For example, Vlasta Redl, who will start the season, will perform as part of the musical evenings at the Brno National Theater. He will be followed by Vladimír Mišík & ETC, Věra Martinová, Anna K., Petr Bende, Bára Zmeková and many others.  more 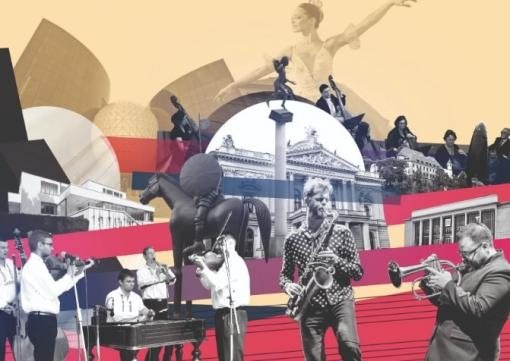 To write a guide to music in Brno in the past and present means digging deep into one’s own recollections and those of others as well as into sources with varying degrees of reliability, and as far as possible not believing anything automatically but always asking “Did this really happen just like that?” And in doing so, to be very, very suspicious of one’s own memory. Two basic questions that cropped up in connection with almost every sentence were “What is it about this band or that event that makes them special? Would someone who’s never been to Brno and has no ties with the city find it interesting?” more

We live in a free democratic society, in which the role of the state is to create the environment and conditions for the development of creativity and creative potential, being aware that today's living art creates cultural heritage for the future.  more

ZUŠ Open – Why Should We Not Rejoice?

On the last day of May, the Dominikánské Square in Brno came to life with music, singing and dancing. At half past two in the afternoon, the programme of the nationwide happening of primary artistic schools ZUŠ started under the patronage of the Magdalena Kožená Endowment Fund by announcing the results of the "TO JE talent"competition. The participants did not only come to pick up with prizes. Several of the award-winning singers and musicians proved this. For example, Lucie Sedláčková with the song by Ewa Farná Měls mě vůbec rád [Did You Love Me At All?] attracted an ever growing crowd of listeners, while singer and pianist Veronika Vávrová did the same with the ballad Million Reasons by Lady Gaga.  more

As part of this year’s European Tour, Bobby McFerrin visited Brno’s Sono Centre, where he managed to perfectly use the brilliant acoustics and the close contact with the audience. The legend is back. Indeed, he comes back regularly, and not just to Brno.  more

The Four-day Brno Music Marathon Has Ended. It Attracted More Than 30 Thousand Visitors

In the course of four days the Brno Music Marathon offered some 150 concerts with more than 500 participants. The festival brought together local artists and guests from abroad. The Jazz Evening in the Sono Centre opened with Brno’s Marek Kotača Trio, followed by Yaron Herman from Israel and Kenny Garrett from the USA, while on the stage at Špilberk Castle the local hip-hop legends Chaozz and the crossover and world music Dog Eat Dog got the audience moving. The Adicts from England together with the Prague group The Fialky took care of the rock evening at Fléda, while in the Sono Centre it was the Dutch Physical Graffiti paying tribute to Led Zeppelin. Brno was full of rock, with the British alt-J also performing on Sunday evening.  more 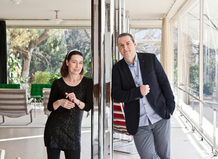 An interview between Kateřina Bajo, the main coordinator for the membership of Prague as a city of literature in the UNESCO Creative Cities Network and David Dittrich, main coordinator for the membership of Brno as a city of music in the same network. The UNESCO Creative Cities Network was set up in 2004 and its main aim is to support cooperation and international cooperation and creativity. Now it brings together 180 member cities from 72 countries from around the world. The cities fall into 7 creative areas – literature, music, design, film, gastronomy, traditional crafts and media. A city applying for membership in the network has to fulfil very strict criteria, and it must be supported not only by the commission of experts but also by all the member cities.  more

Brno is now one of the 180 cities from around the world that belongs to the UNESCO Creative Cities Network. Only some three dozen of these are focused on music. After Prague it is the second city in the Czech Republic to be accepted into this network. The awarded title recognises the work of artists, people working in culture, the diversity of genres and cooperation with the surrounding region.  more