Brno City Theatre: The results of the “Wings” poll will be formally announced online this year 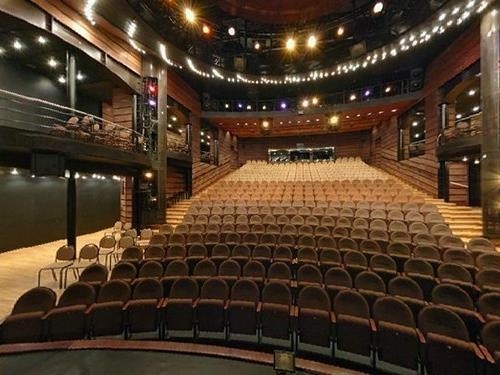 Throughout the theatre season, those favouring Brno City Theatre can vote for their best actress, actor, director, designer and composer, as well as their best creative work or individual staging performance. Voting is possible via poll tickets published in the Dokořán theatre magazine or on the theatre’s site. The results will be announced online this year.

The tradition of Wings (Křídla), a poll organised by Brno City Theatre, was established in 1997. Even the current pandemic situation will not interrupt it. Closing ceremonies are always filled with entertainment and reflections on the past season. This year, the event will take place on the stage of the Drama Theatre and can be watched online from 6 p.m., Saturday, 23 January 2021. This is year 24 of the poll in the row and covers the 2019/2020 theatre season. The show will be underway under the direction of Igor Ondříček; those taking their parts will include Kristýna Daňhelová, Robert Jícha, Dagmar Křížová, Jiří Mach, Libor Matouš, Viktória Matušovová, Alan Novotný, Viktor Skála, Eliška Skálová, Aleš Slanina, Ivana Vaňková and more artists.

Live streaming can be watched via Brno City Theatre’s YouTube channel entitled MdB TV. The link to the video can also be found on theatre’s social media profiles or their website.