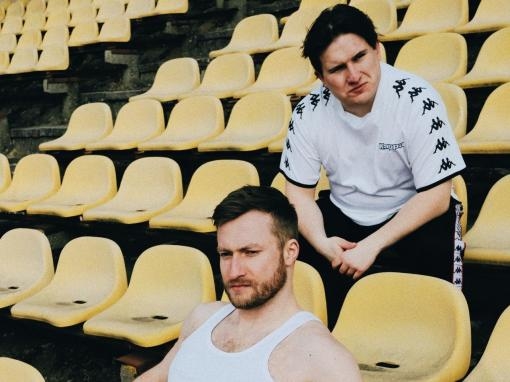 The organizers of the Pop Messe festival will shorten their fans’ wait for the last weekend in July with the Druž Messe event. It promises a pair of warm-up concerts in Brno and Veselí nad Moravou. The bands B4 and Wczasy from Poland will perform at the Kabinet Múz.

“We were thinking how to make the wait for Pop Messe more interesting for our fans and how to get to know each other better at the same time. So we prepared a pair of warm-up concerts at Druž Messe, where we’ll meet together, enjoy great young bands, and tune in to the festival atmosphere,” says Tomáš Kelar, Pop Messe dramaturg.

The first of Druž Messe’s club warm-up concerts will take place in the Brno club Kabinet Múz. The psychedelic B4, one of the stalwarts of Czech alternative music, will play during the evening. From Poland will come the distinctive group Wczasy, who already performed last year at Pop Messe. The first concert will take place on 9 June 2022 in Kabinet Múz and the second on 10 June 2022 in Kafé v kině in Veselí nad Moravou.

The second event is a concert at the Kafé in the cinema in Veselí nad Moravou. Island Mint, light music for a lazy summer afternoon or for a long car journey somewhere to the sun and sea, will visit Slovácko. There will also be a band named after the most solitary whale in the ocean, broadcasting on a frequency that no one else can hear – emotionally intense post-punk by the Bratislava five-piece 52 Hertz Whale.

The second edition of the progressive festival Pop Messe will feature nearly sixty artists from abroad and the Czech Republic. Headliners include Skepta, Bicep, Son Lux, Kae Tempest, and Ride. The two-day event will take place from 29 to 30 July in the Za Lužánky football stadium and around the Bobycentrum. In addition to the two-day tickets, limited one-day tickets are now on sale.