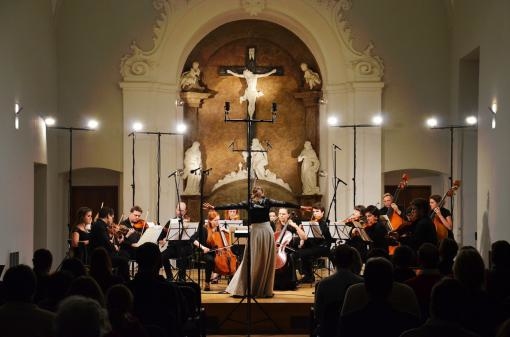 Ensemble Opera Diversa is preparing a joint concert with flute player Michaela Koudelková. Works by the authors of the 20th century will be played and the premiere will take place of the composition Quasi lontano, which the ensemble commissioned from Petra Čtveráčková. The concert will take place at the Convent of Merciful Brothers in Brno under the baton of Gabriela Tardonová.

Also this season, Ensemble Opera Diversa will focus on programmes accentuating prominent solo artists along with premières of brand new works created on the ensemble's commission. In the spirit of this dramaturgical line, the autumn concert will feature prominent Czech flutist Michaela Koudelková, who will perform the premiere of a piece called Quasi lontano by Petra Čtveráčková. Koudelková is a leading Czech recorder virtuoso. She studied flute at the Academy of Music in Krakow in the class of Peter Holtslag and Erik Bosgraaf, and also attended the Grammar School in Boskovice and the Brno Conservatory. She is currently continuing her doctoral studies at the Janáček Academy of Music and Performing Arts in Brno under the leadership of Barbara Maria Willi.

The compositions for concert recorder will be complemented by three compositions for strings by important, but rarely performed European authors of the last century. Their common denominator is a certain retrospective principle, perhaps even nostalgia. The concert is announced to take place on 22 October 2019 from 19:00 hours at the Convent of Merciful Brothers.