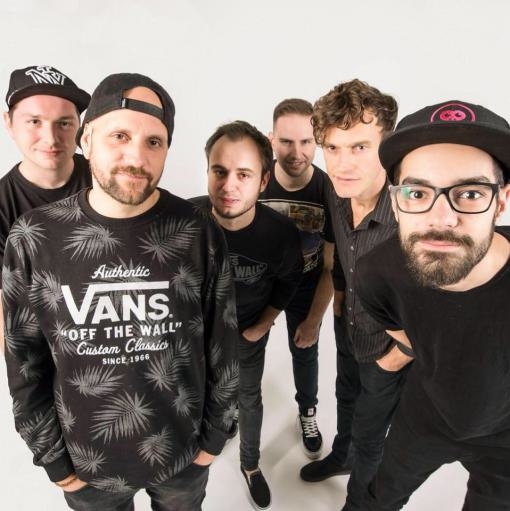 The Fast Food Orchestra is a perennial star of the Czech Republic’s ska-punk and reggae scene. This year, it will celebrate its 20 years of existence with a series of spring concerts, and will also perform at the Fléda music club. Featured guests appearing in the concert will be Su-shu, Dr. Kary and a number of additional musicians who have gone through this band in the past.

More than thirty songs from the Fast Food Orchestra's work produced so far will be heard in Brno. Its fans also participated in the preparation of the upcoming playlist by means of voting and commenting on the band's Facebook profile. The concert will also feature some completely new songs, on which the FFO has been working currently along with the producer Lukáš Chromek. A part of the celebration of the Fast Food Orchestra's twenty years’ anniversary is also a recently released video clip for the song Poslední joint [The Last Joint], which, according to the band members, is a “full stop” after their album Struny [Strings], which in a number of ways was a breakthrough. On that album, the band finally said goodbye to English and has been singing exclusively in Czech since then. This decision was reflected also in its new sound, which moved from ska-punk, reggae, and rapping to a slightly more of a pop nature with an emphasis put on lyrics. "Czech is less flexible, hence it is definitely more difficult to write a text that has a message and pleases the ears at the same time, but I'm still happy we have made this step now after all those years," said Filip Vondrášek aka Fido, who has so far stood behind all the lyrics and most of the music of the Fast Food Orchestra, in an interview for MonsterMusic after the release of the album. However, there has also been a change in this direction. For the first time ever, the music for the album Struny was written jointly by all the members of the band.

The anniversary concert is announced to take place on 27 March at 7:30 pm at the Fléda music club.

Photo from the band’s FB