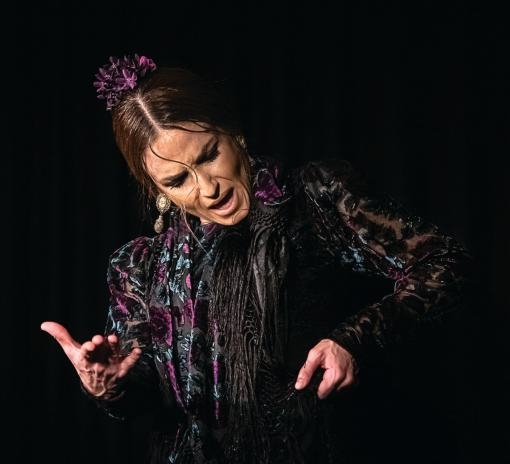 The Ibérica Festival of Ibero-American Cultures will take place this year in Brno, Prague, Čechy pod Kosířem, and Zdounky. The nineteenth edition of the festival will feature several Czech premieres. For the first time in the Czech Republic, the main star of the gala evening at Brno’s Špilberk, flamenco guitarist Álvaro Martinete, will perform with dancer Coral Fernández, as well as Colombian singer with Caribbean roots Concha Bernal and the Catalan duo Magalí Sare & Sebastià Gris. This year’s festival will also feature the premiere of a poetic recital from Karel Čapek’s texts, A Trip to Spain, performed by actor Tomáš Hanák, accompanied by Petr Vít’s guitar and Verónica Roa’s dance. There will be dance and music workshops for beginners, advanced, and children.

The main festival event will be a gala concert on 18 June at Špilberk. “Leaders of the youngest artistic generation are extremely important for the future of flamenco guitar. These young Spanish guitarists are taking on the best of the heritage of previous greats such as Paco de Lucía, but at the same time each of them is putting their own personal touch on their playing. This is also the case with Álvaro Martinete, who will be performing at the gala concert," says the festival’s artistic director Petr Vít. Before Martinete, dancer Maise Márquez will set the stage on fire. She is one of the prominent personalities of flamenco dance and has created several new choreographies inspired by the beauty and elegance of Spanish classical music for this year’s Ibérica Festival, where she will dance with the Indigo String Quartet and accompanied by guitarist Dario Piga. The festival is announced for June 16-26 in Brno, Prague, Čechy pod Kosířem, and Zdounky.

The festival will be opened on 16 June in Prague’s Humanita by Magalí Sare, a singer, multi-instrumentalist, and composer who has won the hearts of Catalan and Spanish audiences as well as the acclaim of the professional community. Now, for the first time, she will present herself to the Czech audience in a successful duo project with guitarist Sebastià Gris. A day later, the duo will visit the courtyard of the Brno Governor’s Palace. This year, guitarist Lukáš Sommer will perform as part of the Ibérica Clásica festival series. He is one of the greatest Czech classical guitar talents, which he recently proved at the famous Carnegie Hall. His solo recital at Ibérica will take place on 21 June at Brno’s Old Town Hall. After that, the festival will move to the castle in Čechy pod Kosířem, where Spanish flamenco dancer Virginia Delgado will perform on 23 June. On Friday, 24 June, fans of southern culture can look forward to the popular and free Fiesta Iberoamericana. This will fill the courtyard of Brno’s Old Town Hall with the aromas of Spanish tapas, authentic paella from El Romero, and Mexican tacos. There will also be wines from the Iberian Peninsula and Latin America, and Colombian coffee. There will also be a number of music and dance performances throughout the afternoon and evening. This year’s guests include Colombian singer Concha Bernal and the Mexican group Mariachi Azteca. “For the first time in the history of the festival, we will also have festival wine and each bottle will bear a song exclusively composed and recorded by Dario Piga for festival visitors and wine lovers," Vít says. The final weekend of the festival will bring the premiere of a poetic recital based on Karel Čapek’s travelogue. In 1929, he took a train to Spain. 93 years later, the actor Tomáš Hanák, together with guitarist Petr Vít and flamenco dancer Verónica Roa, will follow in his footsteps. On 25 June, the audience will see the composite performance at the Belcredi Chateau in Brno’s Líšeň and a day later in the romantic surroundings of the Zdounky castle near Kroměříž.

The guest of honor at this year’s festival is Mexico, which will also be reflected in the traditional film showcase at the Art Cinema in Brno, where the audience can look forward to four Mexican and one Argentine film. Ibérica also brings the most diverse range of thematic creative workshops to the Czech Republic every year. One of them will be led by the gala’s star Maise Márquez, others will be led by Virginia Delgado, Álvaro Vargas will guide the steps of Argentine tango and salsa, and Dario Piga will reveal the secrets of flamenco guitar. There will also be classes for children, which will take place in the newly opened Zona Iberoamericana on 28 October Square in Brno.