Fléda will introduce the first of a series of club nights under the title Kurzor: \ 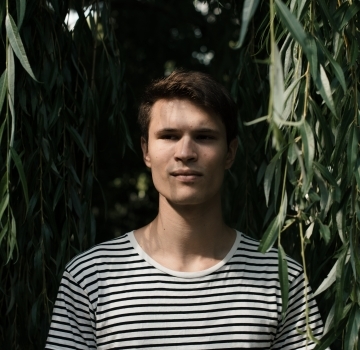 Techno events in Fléda club have a rich  tradition, which is now to be even extended a new club night entitled Kurzor:\. It will provide space for current creators of the alternatively tuned parts of the scene. The aim of the event is to interconnect local artists with artists from abroad. The main guest of the premiere evening will be the German producer Alex.Do. Furthermore, followed by F i l t r., Herna and almost complete KOSMOSPIEL.

A new addition to Fléda's programme offer is a club night entitled Kurzor:\. It will have two to four episodes a year and will offer club  visitors the current harder sound of the worldwide and Czech techno scene. The primary motivation of the event is to introduce in Brno those performers, who are still moving within the underground genre, but especially towards the West, they are already enjoying increasing popularity. Kurzor:\ definitely has something to build on. In the dramaturgy of Fléda, techno has a long-standing position. Let us remember the legendary club nights Elektra, live performances of the ECHOES series, or other genre events that Brno cultural space has hosted over the last fifteen years.

The opening part of Kurzor:\ will be opened by top German techno producer Alex.Do from the internationally renowned label Dystopian. This music record label was founded in 2012 by renowned producer Mike Bierbach, known as RØDHÅD. He was a great inspiration in the early days of Alexi.Do's career. Dystopian and his befriended producers such as VRIL or Recondite quickly made their home in the legendary Berghain techno club. The event is announced to take place on 18 October at 21:00 hours in the Fléda club.

From the domestic techno scene, the first Kurzor:\ will feature Prague's modular producer Citty with his current live act, Andrei from the F i l t r . stable, Plast a hnát representing the already travelling techno club Herna, and an almost complete line-up of the originally Brno-based formation KOSMOSPIEL. The club night Kurzor:\ is unique in its focus and gives rise to a platform that will host various formations that reflect the current production of their genre on the domestic scene in an unusual spatial and audiovisual adaptation of the Fléda club ambiance.