Ghettofest: An Affair of the Heart in the "Brno Bronx" 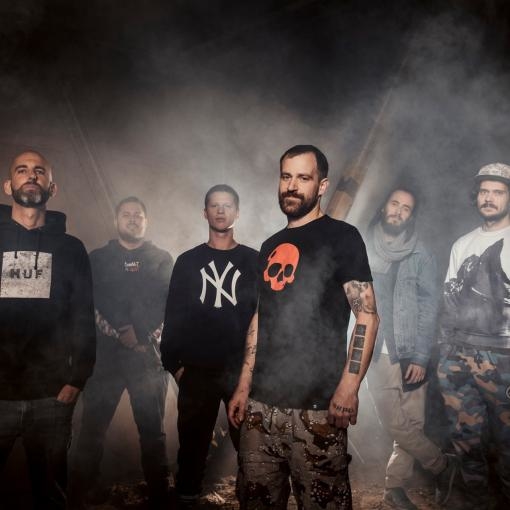 The two-day Ghettofest festival is entering its ninth season. Its fundamental idea is to present the "Brno Bronx" as an open and friendly place for at least two days. The motto of this season is An Affair of the Heart, thematically following on from the Masopust (Carnival) festivity, which took place in February. Due to sanitary precautions, the programme will be divided between several smaller separate stages this time. The artists featured will be David Kraus & Gipsy Brothers, Tafrob, Maniak or Prago Union. The festival will also feature a programme for children.

Ghettofest is a festival offering a variegated programme of events taking place during two days in various places of the locality, including Hvězdička Park, the former penitentiary or the Museum of Roma Culture. This year's coronavirus epidemic and subsequent government restrictions have affected festival preparations in the same way they have affected all other organisers of cultural events. Since mid-March, therefore, all of its preparations have been suspended. Following the announcement of the plan for the easement of the restrictions, the organisers decided to hold the Ghettofest at the end of June, somewhat later than the original date at the beginning of the month, and to opt for the format of several smaller separate stages located with a sufficient distance between them. The dramaturgy and the programme of the festival are gradually evolving with regard to the constantly changing regulations, and that is why the organisers cannot guarantee that there will not be any changes to the programme even at the last moment. The motto of the festival is, just like the Masopust festivity, "An Affair of the Heart". The theme opens with the search for heart places in the neighbourhood known as ​​the Bronx. A gigantic heart in its material form will be displayed on the square under the plane trees, where it will be used as a prop within the photo corner, referring thus to other principal arteries of the festival. The festival is scheduled to take place this year on 26 and 27 June 2020. The admission fee is voluntary.

During the two days of the festival, David Kraus & Gipsy Brothers, Tafrob, Maniak, Prago Union, Budoár staré dámy (The Boudoir of an Old Lady) and Úšklebek nespokojenosti (The Grimace of Dissatisfaction) will be featured. Friday's programme also commemorates the 70th anniversary of the execution of Milada Horáková. The Memory of the Nation of the South Moravian Region organisation will commemorate the event with a memorial event, a discussion and guided tours of the penitentiary  as part of an event entitled Neplačte pro mě příliš (Don't Cry For Me Too Much).

The accompanying programme of the Ghettofest will take place in cooperation with the Jiří Mahen Library in Hvězdička Park. The programme for children will take place in the penitentiary and in a new location in the park behind the Albert supermarket and on the bank of the river Svitava. This year, children's activities have become a separate programme chapter placed in several locations. The first is the gatehouse of the penitentiary, which will open the gates to the world of visual fantasy for children, they can relax at a children's cinema, take part in a book and comics workshop, create dioramas based on the book entitled Krvavý Bronx (The Bloody Bronx) and play a Game Book in the penitentiary. In the park behind the Albert supermarket, children can play board games on the sidewalk, create string bubbles or play a battle with Kinder Eggs. In the early evening, the river Svitava will be enlivened by a climate fairy tale for the whole family, staged by the Feste Theatre.

Prago Union/ foto from FB of the band