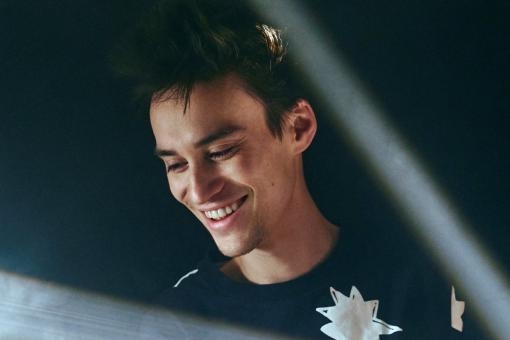 JazzFestBrno, an international jazz festival, has announced the name of its first guest for next year. British artist Jacob Collier, a social-media sensation who has risen to prominence videos made in his from his bedroom, is to come to Brno. The festival shall be the only event at which the 26-year-old multi-instrumentalist and singer is to perform in the Czech Republic.

He’s the recipient of five Grammy awards. Young and talented, Jacob Collier is the first artist confirmed for JazzFestBrno in 2022. “Thanks to his incredible talent, Jacob Collier enjoys the respect of jazz’s greatest personalities, such as Pat Metheny and Herbie Hancock. His playful style and manner of blending genres has allowed him to reach a much wider audience than jazz enthusiasts,” says JazzFestBrno’s artistic director Vilém Spilka. Collier’s first concert in Brno is to take place on 4 February 2022 at Sono Centre and marks the only stop in the Czech Republic as part of his Djesse world tour of almost a hundred concerts around the world.

About a decade ago, Collier made his mark through social media and home-made YouTube videos, then still a teenager. The awareness of the public was raised even more with In My Room, a debut album made in 2016 recorded in his bedroom. Enthusiastic feedback followed, from the general public and professionals, and it garnered two Grammy awards. This opened doors to other famous names from the music industry, allowing him to work with pop and hip-hop artists, such as Coldplay, Tori Kelly and SZA and may others. He has been working on albums entitled Djesse since 2018. The series encompasses four albums and some fifty songs, developed in collaboration with more than thirty musicians. Tracks from Djesse Vol. 1 & 2 earned him two Grammys for arranging, the same category that garnered another this year for Djesse Vol. 3, which was even nominated for the record of the year in the main prize.

This is the first concert announced by JazzFestBrno for 2022. This year, organizers envisage holding several shows, postponed until the autumn, when Brno is expected to host performers such as Vicente Amigo, Erik Truffaz and Lizz Wright. The latest updates on the dates of shows are available on the festival’s website. “If the situation allows, we’d like to organise several events in the summer (mostly outdoors) and to add a couple of new concerts in the autumn. Meanwhile, we intended to make up for the lack of music to the general public, at least to some extent, through a recently announced series called JazzFestBrno on Screen, comprising shows broadcast on the Czech Television's Art channel, as well as a performance of Jiří Levíček Trio at the Besední dům (Community Hall)  venue; the latter shall be streamed live on 30 April on our Facebook page and YouTube channel, to celebrate the International Jazz Day,” adds Spilka.