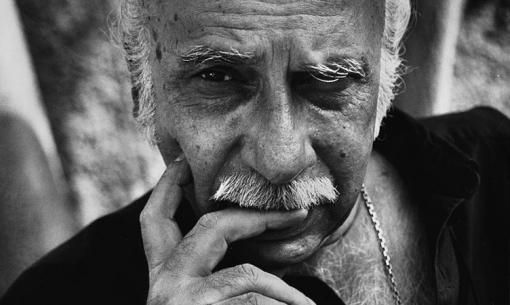 In response to the passing of Georgian composer Giya Kancheli, the Moravian Autumn festival included an extraordinary concert in his honour into its programme. The concert, led by Jan Ocetek, will take place in the Church of Jan Amos Comenius (The Red Church).

The acclaimed Georgian composer Giya Kancheli died on 2 October 2019. “We want to honour the memory of one of the most important personalities in the world of contemporary classical music,” said Marie Kučerová, director of the Brno Philharmonic, which organizes the concert. As part of the concert, one of Kancheli's pivotal works Amao omi (The Unreasonable War) from 2005 for choir and saxophone quartet; Ensemble Frizzante, Vox Iuvenalis choir and Moravia Saxophone Quartet will participate in the performance under the baton of Jan Ocetek. "Dennis Russell Davies, Chief Conductor of the Brno Philharmonic, who was a close friend of Kancheli and significantly promoted his music, will also attend the concert," dramaturge Vítězslav Mikeš informed. The concert is announced to take place on 15 October 2019 at 21:00 hours in the Church of Jan Amos Comenius (The Red Church).

The half-hour song Amao Omi was performed in Brno a year ago by the same artists who will perform it at an extraordinary concert of the Moravian Autumn. "It was quite difficult to organize the concert in such a short time, but none of the participating artists hesitated to join the project despite having to cancel their own programmes," Mikeš emphasized. The Brno Philharmonic introduced Kancheli's work Valse Boston for piano and string orchestra a few years ago, coincidentally dedicated to the Philharmonic's current Chief Conductor.

The work of Georgian composer Giya Kancheli (1935–2019) developed only in two lines until the early 1980s; for the sake of economic independence, Giya Kancheli wrote film and stage music so that he could eventually devote himself to composing symphonies (of which he wrote a total of seven). The Fourth Symphony (1975), composed in honour of the 500th anniversary of Michelangelo's birth, became a breakthrough. After its introduction, the international reputation of the composer began to grow and, based on the following prestigious orders, his work also grew and became genre-diversified. Kancheli's music became widely known thanks to famous artists such as Mstislav Rostropovich, Gidon Kremer, Yuri Bashmet, Jansug Kakhidze, Dennis Russell Davies or Kronos Quartet and also through recordings released by the renowned Munich label ECM. In 1991, Kancheli decided to emigrate to Western Europe due to the Georgian-Russian conflict; he completed a scholarship in Berlin and eventually settled in Antwerp, Belgium four years later; he spent the last years of his life in his native town Tbilisi.

Kancheli's remarkably spiritual music is rooted in the tradition of European music and Georgian folklore. It works with silence and a very slow pace as important compositional components, its character is significantly modal. What pushes it to the present day is its way of confronting the contrasting positions: unison to polyphonic, long rhythmic values ​​to the shortest possible values, the quietest dynamics to fortissimo sound, etc., while all this is accompanied by unexpectedness and suddenness in its changes.

Programme of the concert:

Amao omi (The Unreasonable War) for choir and saxophone quartet (2005)

Vox Iuvenalis, Mixed Choir of the Brno University of Technology

Giya Kancheli/archive photo of the festival