The Czech Ensemble Baroque invites you to watch a concert that will be streamed online from Besední dům. Händel’s oratorio will resound around the hall 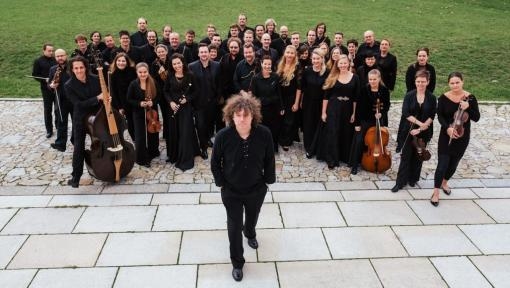 The Czech Ensemble Baroque is preparing for another live concert. This time, the Power of Music – the oratorio by Händel, one in which the author included all his theatre experience – can be watched from the comfort of your own home. Performed in English – with Czech subtitles available, the show will feature Markéta Böhmová, Jaroslav Březina and Jiří Miloslav Procházka as the key soloists.

When George Friedrich Händel arrived in London in 1710, the Italian opera was his main focus. For many years, his productions were well attended but gradually, as tastes began to change, his popularity with the public declined. Accordingly, Händel decided to regain the favour of the stiff English audience in the most direct way. In 1736, Newburgh Hamilton, a playwright and poet, encouraged Händel to set to music Alexander’s Feast, John Dryden’s famous poem, which the composer did, keeping the lyrics in English. “Händel added all his theatre-related experience to the original Purcell-like concept of his Ode for St. Cecilia’s  Day, making use, as much as possible, of the orchestral range of colours. He also avoided the risk of static description through surprising recitatives and orchestral colour, which corresponds to the poem’s title, the Power of Music,” as the conductor Roman Válek describes the composer’s approach. The live streaming of the concert will start at 7.30 p.m. on 17 February 2021. You can watch it on the YT channel of the ensemble.

Alexander’s Feast sings the celebration of Alexander the Great conquering Persia. Although the work highlights the power of the monarch, equally strong is the character of Timothy the Musician, who, through his artistic skills, prevails over the emotions of a powerful warrior to gradually reshape him with the power of music. The artist encourages Alexander to burn down the city of Persepolis in revenge for the murder of the Greeks. However, the story does not end with an ironic comparison of the power of a musician and the great strength of a conqueror. As the oratorio nears its end, Händel and Hamilton call upon St. Cecilia to help. While a humble servant may be strong, the best music always has more power to encourage and empower his listeners.

CEB/ Photograph from the ensemble’s archives