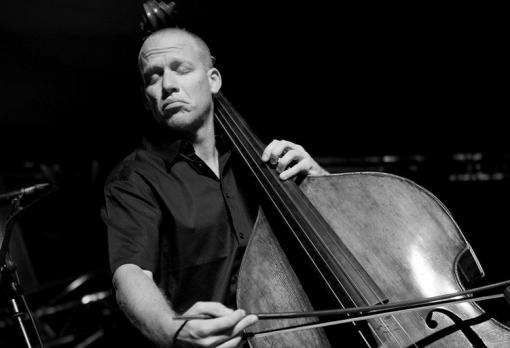 The first year of the international Jewish culture festival ŠTETL FEST 2022 begins on Friday. In its content and scope it will be the biggest Jewish culture festival in the Czech Republic. The festival’s programme will offer lectures, theatre performances, guided tours and several concerts. Some of those performing will be the Avishai Cohen Trio, Yale Strom & Hot Pstromi, Graffe String Quartet or Dominika Weiss Hošková. The festival will close with the Brundibár children’s opera performed by the Brno Philharmonic Orchestra and the Cantilena choir. The motto of the entire event is “Dignity in Diversity”.

The main theme of the festival relates to the project of the Jewish Community in Brno entitled “Library of Stolen Hopes”. This means processing the unique fund of 12,000 of mostly liturgical books, confiscated during World War Two in Terezín and other concentration camps, as well as in Jewish homes and synagogues. The aim of the project is to store, provide access and professionally process the books within the context of Jewish history and then, based on personal notes and other individual trails, attempt to return the books to the descendants of the original owners.

One of the first books which was identified by chance several years ago is the machzor (the prayer book used for holy days) confiscated in Terezín and signed by Cornelius Strach from Brno. Mr Strach was murdered in Auschwitz together with his wife, while his daughter and her two children perished after being deported to Lublin in Poland. Out of the entire family only his son Erik, who was working as a doctor abroad at the time of the transport, survived. Aleš Weiss, a member of the Prague Jewish Community discovered the book with Cornelius’ name in Prague’s Jerusalem Synagogue, even before the books were moved to Brno. It was possible to successfully trace Erik’s daughter Angela in Great Britain and the machzor was returned to her three years ago. Angela describes the moment when she received the machzor, the only memento of her ancestors, as a very strong impulse for writing the family history and story of her father. These formed the background to the script for the production of Story of a Book, written and directed for the setting of the Villa Löw-Beer by theatre director Hana Mikolášková. The production will be premiered on 2 September. The second performance will take place on 4 September and further performances are planned for the autumn always in the Villa Löw-Beer.

Thirteen descendants of the Strach family will begin their stay for the festival in Brno by travelling not just from England but also from Israel and the Czech Republic, coming together in Brno for the laying of a stumbling stone to commemorate victims of the Holocaust on behalf of Cornelius Strach and visiting the performance of Story of a Book.

ŠTETL FEST will be held on 2 to 4 September 2022 at many places in the city of Brno. The European Day of Jewish Culture is marked on 4 September.

The official closing highlight of the festival will be a performance of the children’s opera Brundibár directed by Anna Davidová, in cooperation with the Brno Philharmonic Orchestra and the Cantilena choir. The famous work of Hans Krása played an important role in the cultural activities of Jews deported to Terezín. According to the storyline and idea behind the work, it filled them with faith in good prevailing over evil. Krása himself was imprisoned in Terezín for two years and then murdered in Auschwitz. In 1941 Brundibár was secretly staged twice in Prague, because at the time Jews were banned from organising cultural activities. After being deported to Terezín, Krása’s friends smuggled in part of the opera’s piano score which the composer adapted so it could be performed in the ghetto. After complications with the preparation of the Terezín production, it was finally premiered on 23 September 1943 at the Magdeburg Barracks. Work on the opera was constantly disrupted because of transports. Child actors transported to concentration camps in the east had to be replaced with new incoming children. The performance was very popular and shown about 55 times by September 1944, when child and adult participants were deported to Auschwitz and then murdered. In 1944, during a visit by the International Red Cross and the making of a propaganda film called The Führer Gives a City to the Jew, the Nazis exploited the performance by displaying life in the Terezín Ghetto as being idyllic. The opera’s finale with the words: “He who loves justice and will abide by it, and who is not afraid” became the unofficial Terezín anthem. Brundibár was performed many times after the war in remembrance of Krása’s fate and the cruelty of war. The Brno Philharmonic Orchestra and the Cantilena choir conducted by choirmaster Michal Jančík will perform this work by Hans Krása with a sense of great respect to his legacy as well as from the perspective of the contemporary world. It was directed by Anna Davidová, one of the most prominent figures of the contemporary theatre generation and artistic director of Divadla Husa na provázku (Goose on a Strong Theatre).

For example, native of Jerusalem Avishai Cohen, US based klezmer ensemble Yale Strom & Hot Pstromi or cellist and orthodox Jew Dominika Weiss Hošková will perform during the festival. The Brno music scene will be represented by the Graffe Quartet with a selection of music by Jewish composers.