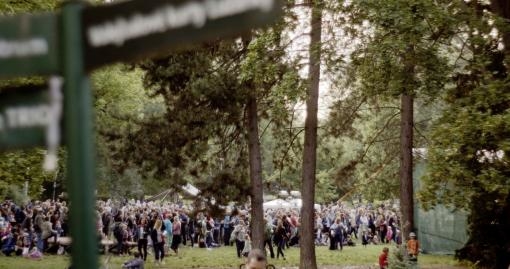 The 6th year of PonavaFest, an annual multi-genre festival, will take place at the end of July. The programme will offer musical and theatrical performances and workshops for children at the festival’s venue, which is the Lužánky park, Brno. Performers include Meow & Jim Black, Tygroo, The Which (Frank Zappa Tribute Orchestra) and Fly.

While last year the festival took the form of a series of narrowly focused stream concerts, this year it presents itself at its best once again. This year’s festival will, again, entertain visitors to the park – the programme is open to everybody. For example, the Berlin & British project Meow & Jim Black will perform within the two-day schedule. The jazz stage will feature the line-up Tygroo, as well as a new band Fly – Vladimír Václavek, guitarist Pavel Šmíd (from the Korajunglejazz band) and drummer Dano Šoltis. Frank Zappa fans will be in for a treat during the concert of The Which (Frank Zappa Tribute Orchestra). In addition to the musical shows, there will also be several theatrical performances in a tent. The Divadlo Aldente (Theatre Aldente) will perform their show Up Side Down, which discusses the issue of actors with Down syndrome and gives a name to the pressing issues of young people with disabilities. The actors, together with stand-up comedian and clown Filip Teller, talk about themes that resonate within them. The Divadlo Polárka (Polárka Theatre) is coming with their performance entitled Tančírna (The Dancing Room). In addition to the main programme, there will also be items including a series of workshops, art workshops or an educational and entertaining programme called “POZNEJ STROMY” (“LEARN THE TREES”), which will be managed by Veřejná zeleň města Brna (Public Greenery of the City of Brno). The festival is announced to take place in the Lužánky park on 23–25 July 2021.